Athiya Shetty is one of the promising new faces in Bollywood who has successfully won the hearts of the audience with her back to back stellar performances. Today, Athiya Shetty starrer rom-com ‘Mubarakan’ by Anees Bazmee completes 3 years since its release in 2017.

To this, the ‘Motichoor Chaknachoor’ fame actress took to the Instagram story to share a throwback picture with her ‘Mubarakan’ team on its 3
rd anniversary. She wrote in the post, “3 YEARS OF MUBARAKAM,” followed by goofy emoticons and heart.

In the throwback post, Athiya is seen laughing her heart out with Anil Kapoor, Arjun Kapoor, Ileana D’Cruz and filmmaker Anees Bazmee during a dinner outing in London. The caption of the post says, “Clearly, there’s never a dull moment with these guys! #Mubarankan” 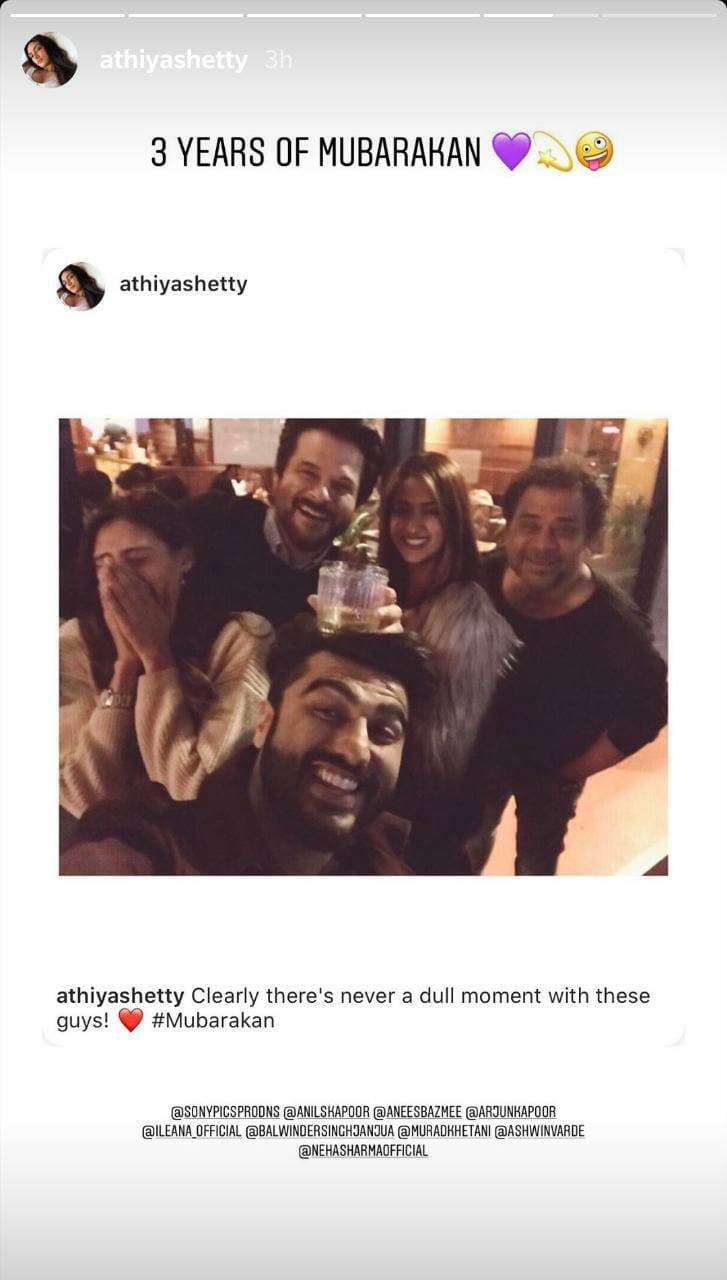 Meanwhile, co-star, Ileana too was spotted missing the film team on its 3
rd year and wrote, “Mannn I miss my #Mubarankan fam!!! Can’t believe it’s been 3 years already!” She also shared many more memories from the film along with a hilarious video of Ranveer Singh.

On the film front, Athiya was last seen in ‘Motichoor Chaknachoor’ alongside Nawazuddin Siddiqui. However, the actress has not yet announced anything about her upcoming project.