Sneha Ullal dropped charming pictures on Instagram from a photoshoot and netizens cannot stop comparing her to former beauty queen Aishwarya Rai Bachchan. Decked in a traditional ensemble and heavy jewellery, Sneha looks ethereal in the black and white click. Drawing comparisons between Sneha and Aishwarya, one internet user commented, “Aishwarya rai Xerox” while another one wrote, “Full Ash”. 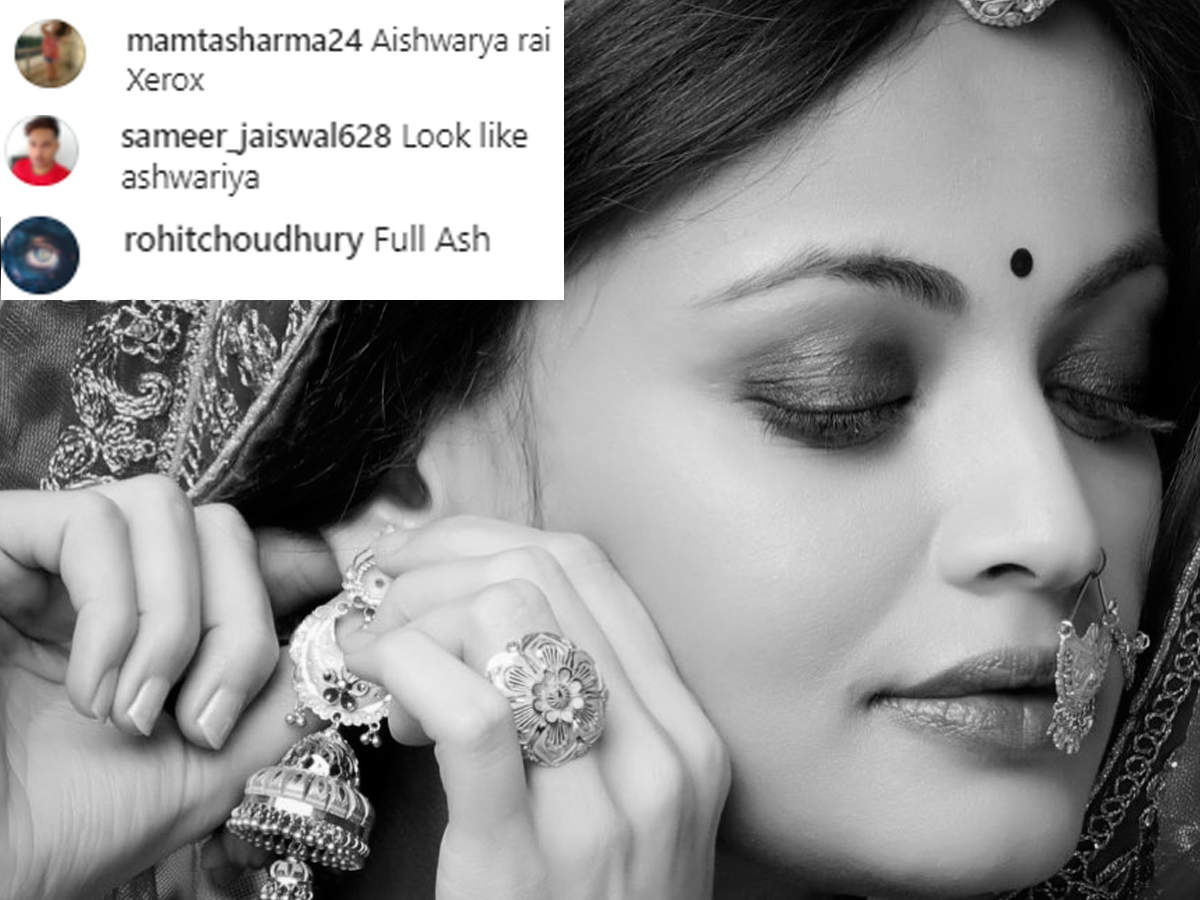 Back in 2005, Sneha Ullal was launched in Bollywood by Salman Khan. She essayed the leading lady opposite Salman in ‘Lucky No Time For Love’ and fans were quick to notice that she resembled Aishawarya Rai Bachchan.

Speaking about the constant comparisons, Sneha had told IANS, “I am so comfortable in my own skin and all those comparisons didn’t bother me. Also, that was also their PR strategy on how to describe me. That thing actually emphasized the entire comparison. Otherwise, it may not have been such big deal.” Sneha went on to feature in several Telugu and Tamil films, and made her digital debut too.