It was a proud moment for a son who dreams of continuing his father’s legacy. On Sunday evening, Babil Khan collected two awards on behalf of his late father Irrfan Khan; one for Best Actor in a Leading Role for ‘Angrezi Medium’, and a Lifetime Achievement Award at the 66th Vimal Elaichi Filmfare Awards. However, after the ceremony when B-Town celebs were spotted posing for the shutterbugs, an emotional Babil was spotted having a chat with seasoned actor Jaideep Ahlawat.

Babil later took to his Instagram handle to share how it felt to collect his father’s awards at the prestigious event. He revealed many asked him that whether he was high. 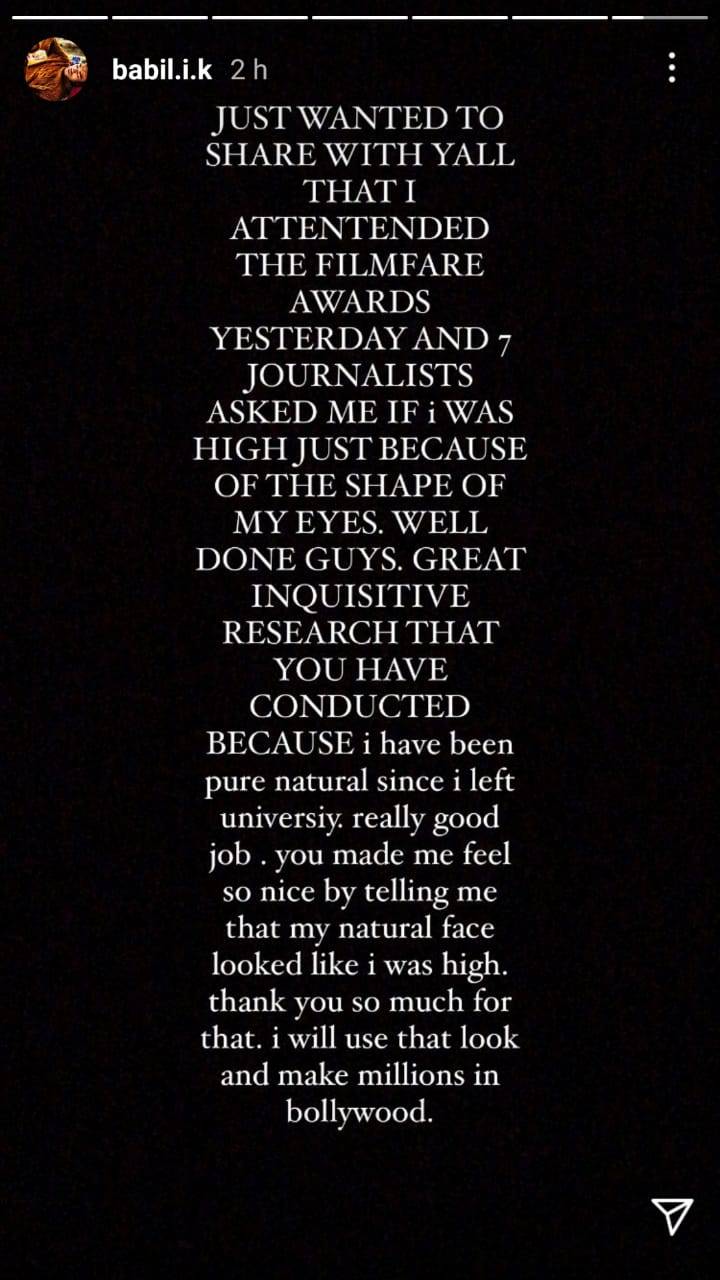 His touching note on Instagram Stories read: “Just wanted to share with yall that i attentended the filmfare awards yesterday and 7 journalists asked me if i was high just because of the shape of my eyes. well done guys. great inquisitive research that you have conducted because i have been pure natural since i left universiy. really good job . you made me feel so nice by telling me that my natural face looked like i was high. thank you so much for that. i will use that look and make millions in bollywood.”

Not only sharing his experience but Babil also uploaded a series of pictures and videos showing how he spent quite some time getting ready for the evening.

Meanwhile, Babil, who wants to be an actor like his father, recently revealed that he’s working on a new music album with brother Ayaan to continue the legacy of their late father.