‘Coolie No 1’ new poster: Trailer of the Varun Dhawan and Sara Ali Khan starrer to be unveiled on November 28 | Hindi Movie News

The makers of David Dhawan’s ‘Coolie No 1’ released a news quirky poster of the film. The poster of Sara Ali Khan and Varun Dhawan starrer also revealed that the much-awaited trailer of the movie will be unveiled on November 28.

Check out the new poster here: 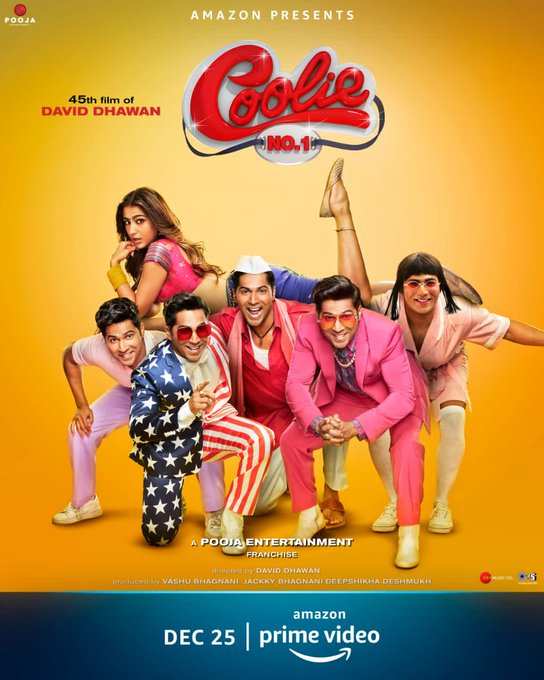 In the poster, Varun is seen in his various avatars while Sara is seen dressed as a Marathi girl as strikes a stunning pose. The poster has increased the excitement level of the fans.

Check out their posts here:

‘Coolie No 1’ is an official remake of the 1995 hit film originally starring Govinda and Karisma Kapoor. IN the new film, Varun will be reprising the role of Govinda while Sara will be stepping into the shoes of Karisma Kapoor.

Earlier, the film was set to hit the theatres on May 1, on the occasion of Labour’s Day. However, it was postponed due to coronavirus pandemic and lockdown. Now, the film is set for a release on an OTT platform.