ETimes was the first to report that ‘Drishyam 2’ (February 24, 2021) is going to be made. Its official announcement which also said that Kumar Mangat will helm it with Panorama Studios came only this morning. We now have it that ‘Drishyam 2’ has run into rough weather. Viacom 18 Motion Pictures, who co-produced the first part starring Ajay Devgn, Tabu and Ishita Dutta in main roles with Mangat, have legally objected against Mangat’s move as they claim that the film’s rights belong to them too.

‘Drishyam 2’ starred Malayalam superstar Mohanlal and a few recent reports had that Ajay Devgn and Tabu will reprise their roles in the Hindi sequel of ‘Drishyam’. The first part in Hindi was released in 2015, directed by late filmmaker Nishikant Kamat and produced by Viacom 18 Motion Pictures, Panorama Studios and Kumar Mangat

A source says, “Viacom 18 Motion Pictures have told Mangat that they cannot be dissociated from this project. They have also told him that he cannot make ‘Drishyam 2’ on his own or with someone else. The very fact that Mangat yet went ahead to set up the stage for it has irked them and hence, they’ve filed a legal complaint against him. The first hearing of the case in question is going to be held, very soon.”

When contacted, Mangat did not take our calls. After a while, he started responding to text messages and said that it is now official that he’s making the film with Panorama Studios. We wrote to him saying that we are aware of his tie-up with Panorama Studios and he should simply offer us his take on the Viacom 18 Motion Pictures’ ire, but Mangat went silent after that. 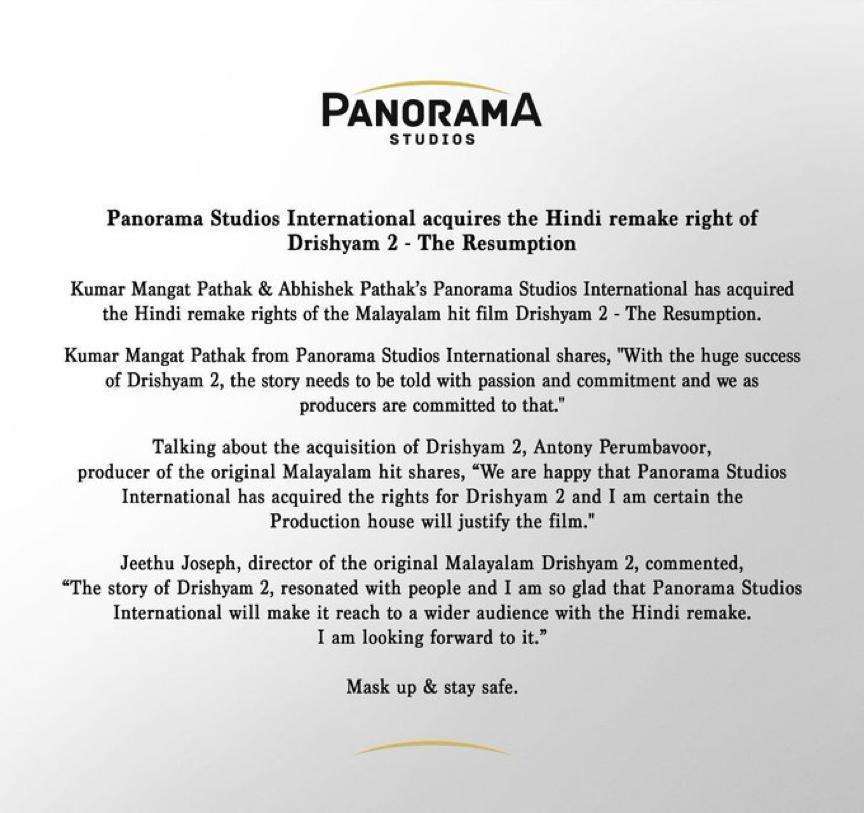 On the other hand, another source informed ETimes at the time of going online that Mangat had informed Viacom 18 Motion Pictures about his intention but they had chosen to ignore him.