Kareena Kapoor Khan and Saif Ali Khan’s son Taimur Ali Khan, who is an internet sensation, was spotted in the city today. The munchkin was seen playing with a kite on the occasion of Makar Sankranti. ETimes photographer captured Tim Tim near his residence.

In the pictures, the star kid can be seen sporting a blue full sleeves t-shirt and grey track pants. Along with his casual attire, he can also be seen wearing stylish white sneakers. Taimur looks absolutely aww-dorable in the pictures. Have a look: 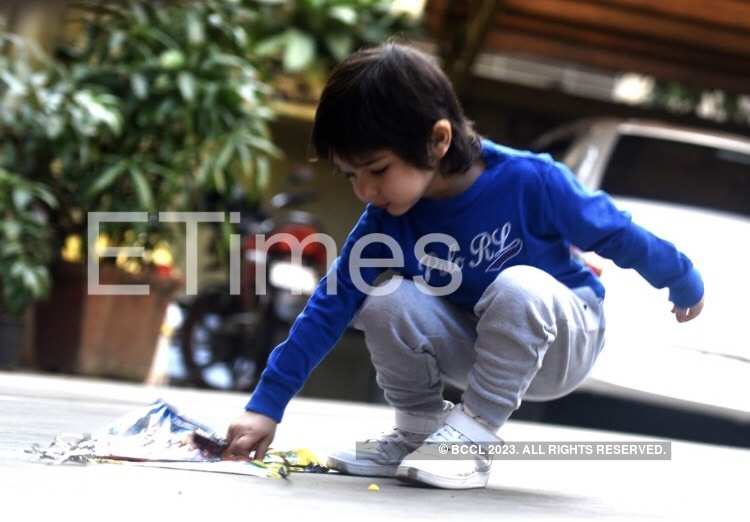 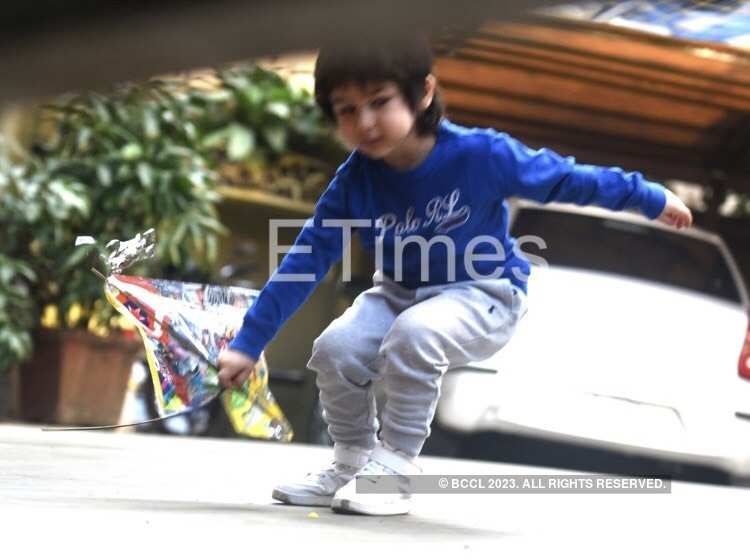 Meanwhile, Taimur will soon become a big brother as Saif and Bebo are expecting their second baby in February. The Pataudi family is all set to shift into their new home before the arrival of the new member. Confirming the same, Bebo’s father Randhir Kapoor told BT, “Yup, they are moving into a new house. It has been done up and it was bought a few years ago. They are moving in but I am not aware of the date as yet.”

Recently, Bebo, who has been shelling out major maternity fashion goals lately, posted a picture with her girl gang as they celebrated their last outing at her current home. Sharing the picture on Instagram, she had written, “It’s been a FORTUNE of memories… on to the next… to new beginnings ❤️❤️💯💯💯 PS: #Fortune you have been kind #FortuneNights #EndOfAnEra #KaftanSeries”

On the work front, Kareena will be next seen in ‘Laal Singh Chaddha’ with Aamir Khan. On the other hand, Saif will be seen in ‘Bhoot Police’ and ‘Adipurush’.