With the Bollywood industry ready to throw open the doors and start filming again, it seems that hunk Vicky Kaushal has been busying himself with some late-night movie screenings. This time around, Joaquin Phoenix’s Hollywood hit ‘Joker’ made its way back on his watch list.

The actor, who praised the film in the past and even admitted that he was blown away by some of the raw scenes in the film, found himself watching the flick in the wee hours of Tuesday morning. ‘Joker’ he captioned the video that he shared on his Instagram stories featuring Arthur Fleck dancing in a washroom. 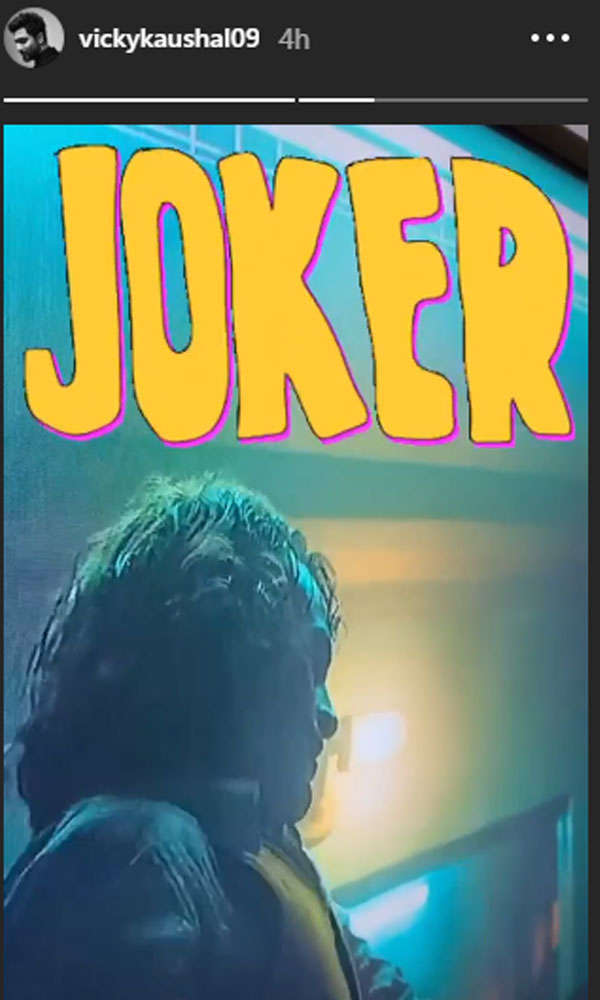 Not too long ago, the actor posted a scene from the film
where Fleck kills a talk-show host during a live taping. Sharing the screenplay that went into the execution of the scene, Vicky wrote, “This scene! One of the best in cinema.” 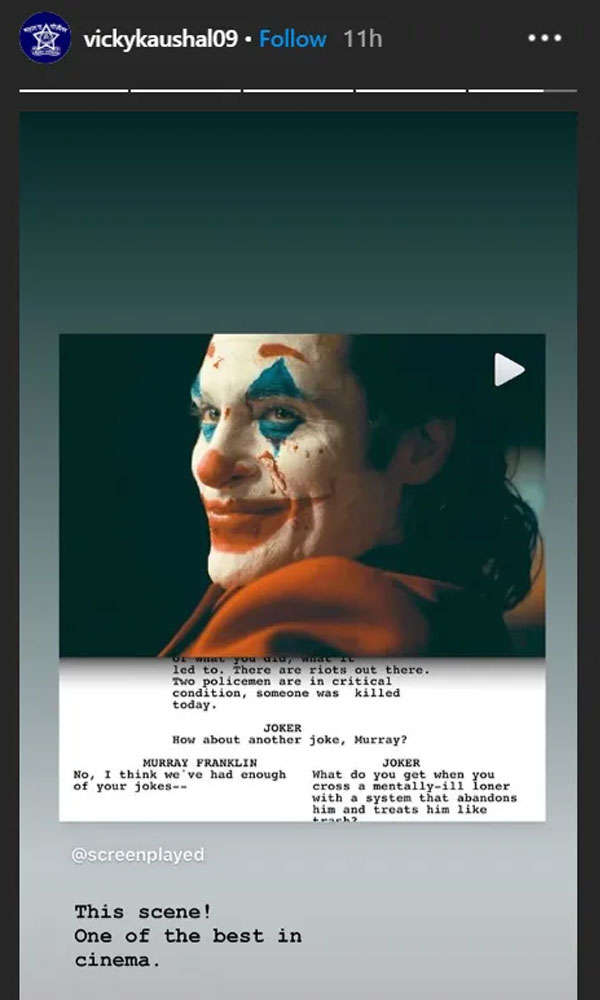 Is it safe to assume that Vicky Kaushal has found his favourite film? Or is he trying to channel his dark side for his upcoming venture?

The actor has a string of projects ready to roll out, including Karan Johar’s ‘Takht’ where he will be seen playing a negative role opposite Ranveer Singh. The actor revealed in a recent interview that he was set to begin work on the period drama on his birthday, but couldn’t do so, owing to the lockdown.

‘Takht’ will see him share the screen with Ranveer, Alia Bhatt, Kareena Kapoor Khan, Anil Kapoor, Janhvi Kapoor and others.