Janhvi Kapoor has a weekend treat for her fans as she took to her Instagram handle and held an impromptu ‘Ask Me Anything session. Being a rare Instagrammer, the actress grabbed everyone’s attention as she opened up about several different topics, including, her diet, haircare, Bollywood, memories with her mother Later Sridevi and more.

Asking about her passion for travelling around the world, a user wrote to Janhvi, “Favourite memory of travelling?”. To this, the ‘Roohi’ actress replied with a precious throwback picture, featuring Late Sridevi and Boney Kapoor in France and shared, “Road tripping around the South of France a couple of years ago.” 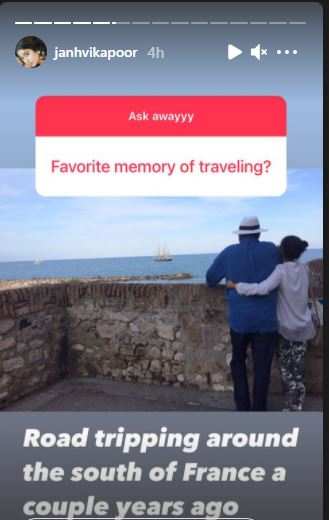 Meanwhile, in the next story, the actress shared a picture with Pankaj Tripathi and called him her “favourite co-star”. 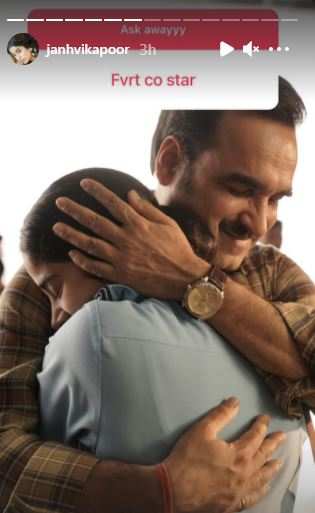 On the work front, Janhvi recently wrapped up her upcoming film ‘Good Luck Jerry’ in Punjab. She shared some BTS pictures from the film shoot.

Besides, she will be next seen kickstarting the shoot for her next ‘Dostana 2’ co-starring Karthik Aaryan and Lakshya. She is also a part of Karan Johar’s multi-starrer ‘Takht’.