Karan Johar was back in action with his twin babies – Yash and Roohi, for another episode of ‘LockdownWithTheJohars’. This time around, the doting daddy relived his childhood memories by setting up a pop quiz for his little cuties.

From asking his son his full name to the name of his city, Yash answered it perfectly.

However, KJo’s mini-me had an interesting answer when asked the name of the country he lives in. To this little Yash said, “Amitabh Bachchan and Shah Rukh Khan.”

The innocent reply seemed to have won over fans and Karan’s B-town friends, who sent the cutie their love and one even said, “I also wanna live in “AB & SRK”. It sounds like an amazing country to live in.” 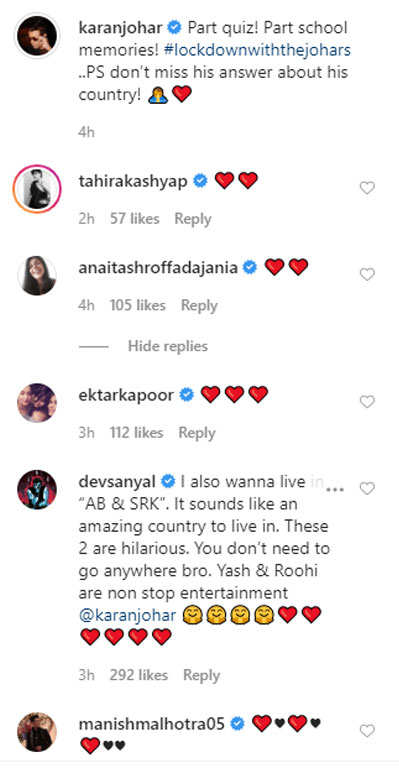 While enjoying his time home with his kiddos, Karan also turned them into his muse and got them posing for a photo shoot. Sharing the adorable photo, he captioned it saying, “These angels in poser mode.” 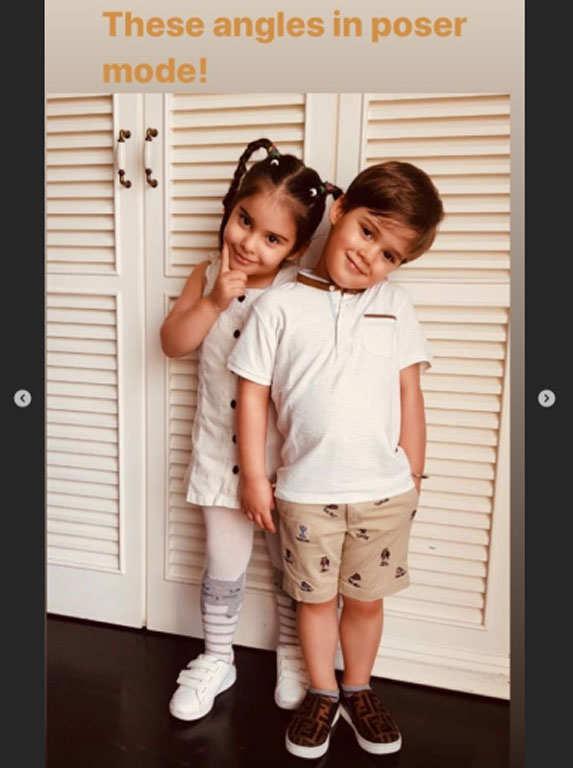 On the work front, Karan is waiting for the lockdown to end so that he and his team can get cracking on his magnum opus ‘Takht’. The film will feature a star-cast including Ranveer Singh, Alia Bhatt, Vicky Kaushal, Kareena Kapoor Khan, Janhvi Kapoor among others.