Numerous notable celebrities from the Indian film industry as well as many international stars came together for a concert this evening. Organised by Bollywood directors Karan Johar and Zoya Akhtar, the show is being live-streamed by Facebook and it pays tribute to workers fighting the pandemic.
Amongst many Bollywood and international celebs, Madhuri Dixit too performed for the cause but she was not alone. She tagged along her handsome young son Arin with her. The duo sang Ed Sheeran’s song for the concert.

Check out the screenshots from their performance: 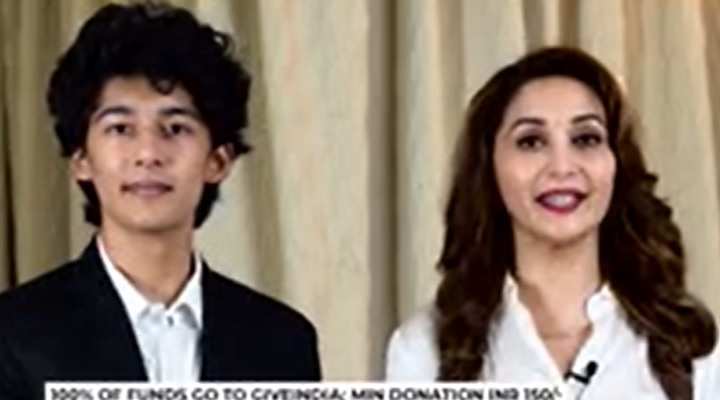 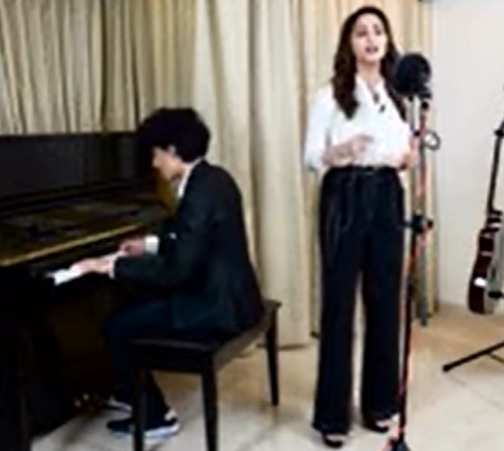 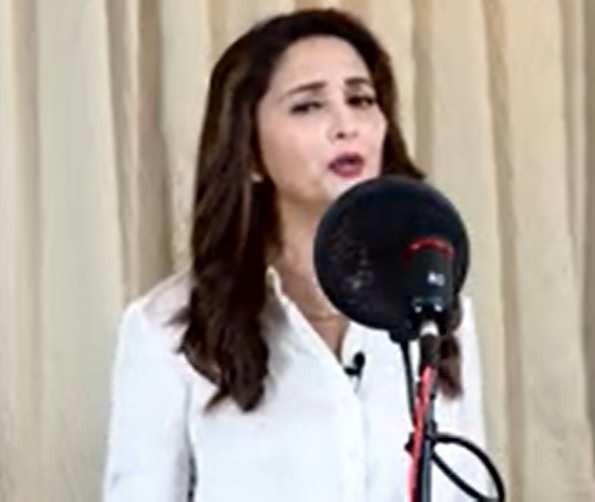 While Maadhuri was seen singing, Arin was seen playing piano. Dressed in white top and black pants, the Bollywood’s Dhakdhak Girl looked stunning as ever. Arin, on the other hand, looked dapper in his black suit.

Earlier, Madhuri had shared a video on her Instagram where Arin was seen playing table and Madhuri dancing to the steps to his beats. Madhuri was also seen teaching classical dance steps to Arin.