Alia Bhatt’s relationship with Ranbir Kapoor is known to all. While they kept it away from the public for a long time, their pictures, outings and dinner dates spoke volumes about their love story. Even before they made it official, pictures of Alia with Ranbir and his family have been doing the rounds on social media and it is amazing to see how she fit in just right.
Alia, who shared a great bond with Ranbir’s parents too, took to her Instagram handle to share a heartfelt post after the sad demise of Rishi Kapoor.

Check out the post here: Neetu Kapoor, who is in awe of her future daughter-in-law, also commented on her post by writing, ‘Love you’ followed by a heart-eyed emoticon. It is simply endearing to see such a great bond between Alia Bhatt and Neetu Kapoor. 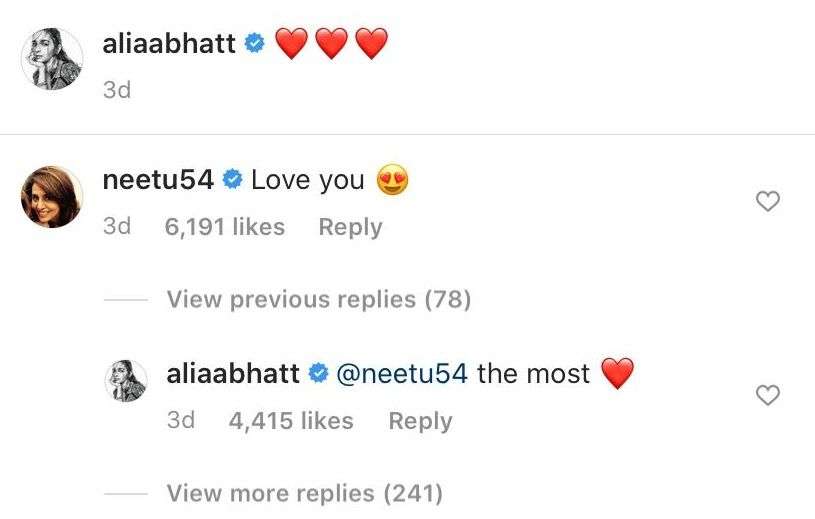 Alia Bhatt spent most of her time with Ranbir and his family in New York while Rishi was there for his medical treatment. The actress was also standing tall with his family after the sad demise of the veteran actor.
Speculations about Alia and Ranbir’s marriage have been doing the rounds in the media for a long time now. However, there has been no official announcement or confirmation on the same.