“Wish I could be there to say goodbye to you, papa,” said a bereaved Riddhima Kapoor Sahni in her social media posts, remembering the good times she shared with her late father Rishi Kapoor.

Riddhima, who lives in southeast Delhi with her husband Bharat Sahni and daughter Samara, couldn’t be there for her dad’s last rites which took place on Thursday evening. According to reports, the Delhi Police granted permission to Riddhima and her family to travel to Mumbai amid the nationwide COVID-19 lockdown.

Taking to her social media handle, Riddhima shared with friends and family that she was en route home by sharing a clip from her car and a message to her mother that read, “Driving home Ma. Enroute Mumbai.” 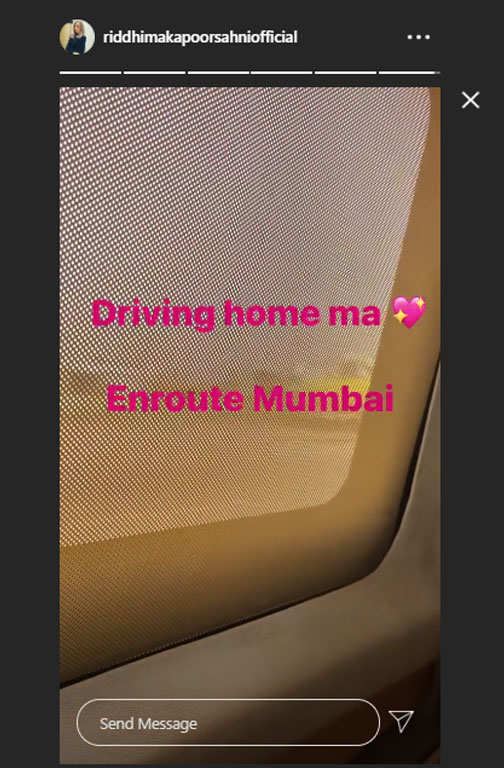 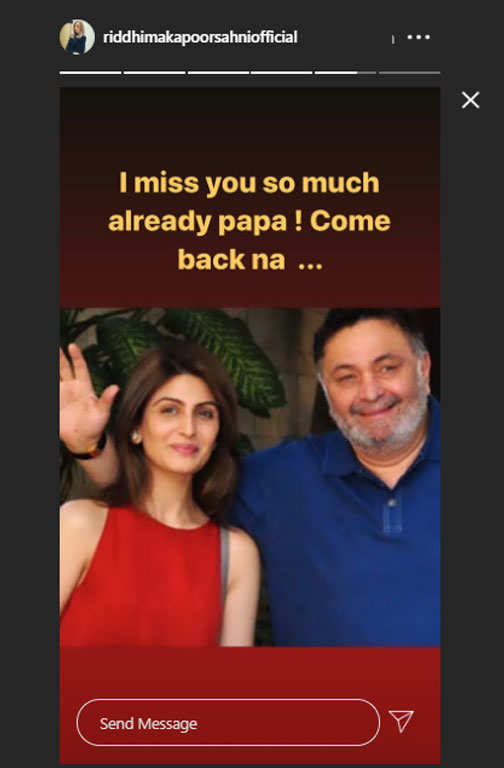 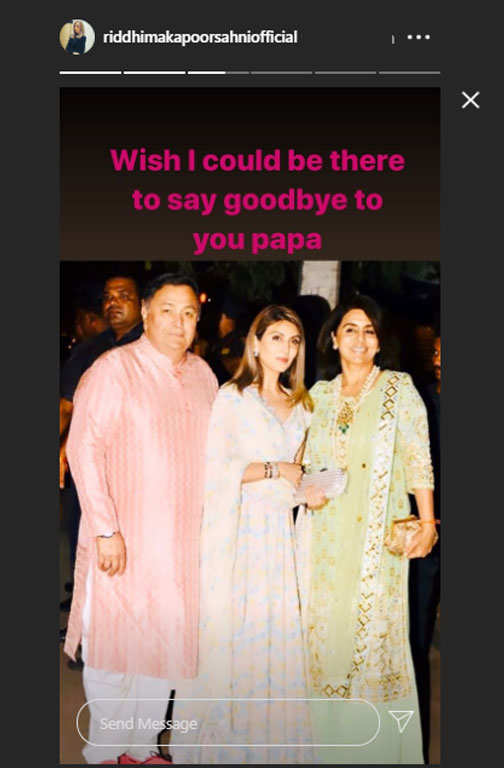 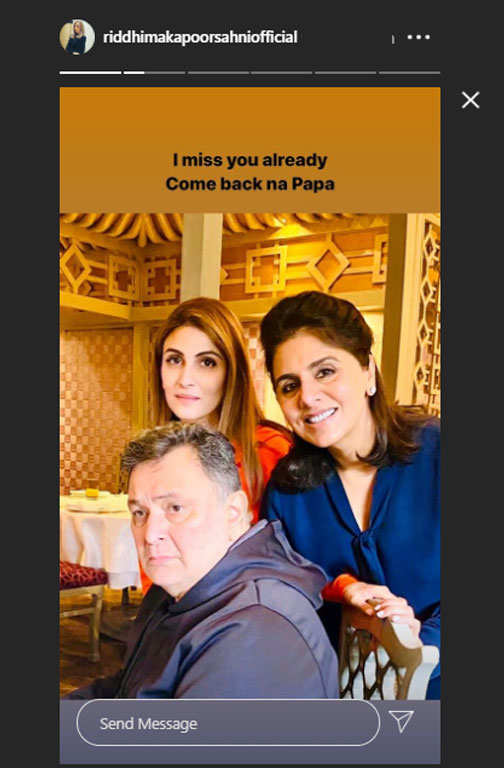 Although she couldn’t make it for the funeral ceremony, Alia Bhatt reportedly made sure that she got a chance to bid her father goodbye by video-calling her during the final rites proceedings.

The grieving daughter shared a handful of her most treasured photos with her father and captioned them saying, “I miss you so much already papa! Come back na…”

Rishi, who was battling cancer for two years, breathed his last 8.45 am at a city hospital. Following a tweet by Amitabh Bachchan, announcing the actor’s demise, the Kapoor family issued a formal announcement that read, “Our dear Rishi Kapoor passed away peacefully at 8:45 am IST in hospital today after a two-year battle with leukaemia. The doctors and medical staff at the hospital said he kept them entertained to the last. He remained jovial and determined to live to the fullest right through two years of treatment across two continents. Family, friends, food and films remained his focus and everyone who met him during this time was amazed at how he did not let his illness get the better of him.”