It’s been over a week that the Bollywood has suffered the loss of actor Sushant Singh Rajput, yet it seems like netizens have still not come out from the shock. As the actor’s death has sparked controversies in the Bollywood industry, netizens continue to attack celebrities like Karan Johar, Sonam Kapoor, Alia Bhatt, and Sonakshi Sinha for nepotism. Amid the situation, Shah Rukh Khan’s fans trend #SupportSelfMadeSRK to support King Khan.

As Sushant’s fans continue to demand to boycott films of Shah Rukh Khan, Salman Khan and Aamir Khan with #BoycottKhans on Twitter, SRK supporters start #SupportSelfmadeSRK in light of the situation.

A supporter of #SupportSelfmadeSRK tweeted,” From a young boy who lost both his parents at a young age to a TV actor and then, the King of Bollywood. His struggle, his journey, his passion of work, inspires many middle-class youngsters who dream to become movie stars # SupportSelfmadeSRK.” 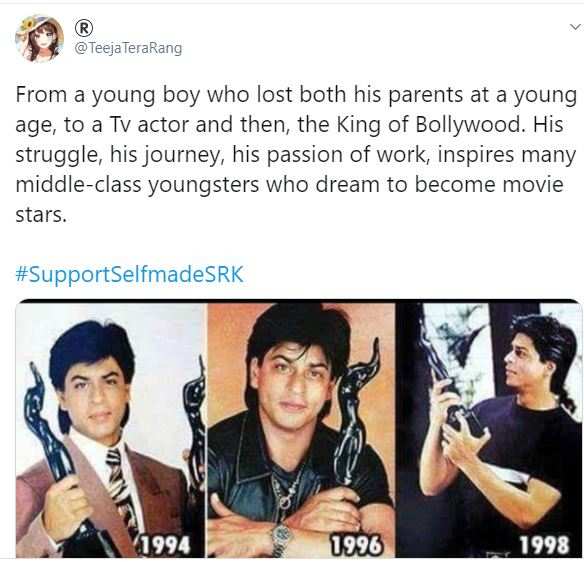 “Bollywood doesn’t support talent because they are afraid of next Shah Rukh Khan, @iamsrk #SupportSelfmadeSRK” wrote another user on Twitter. 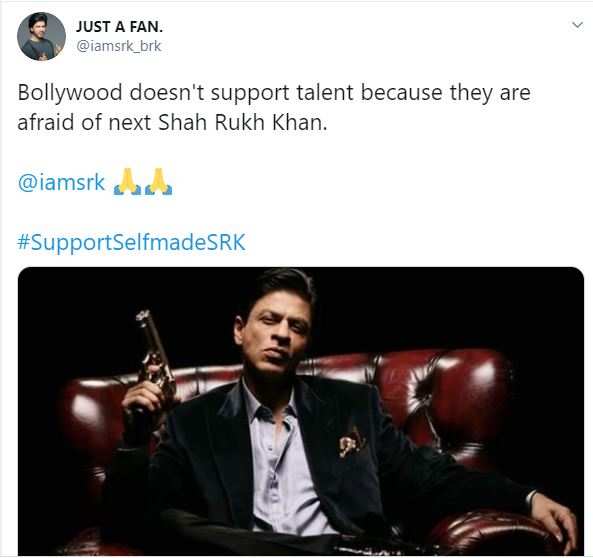 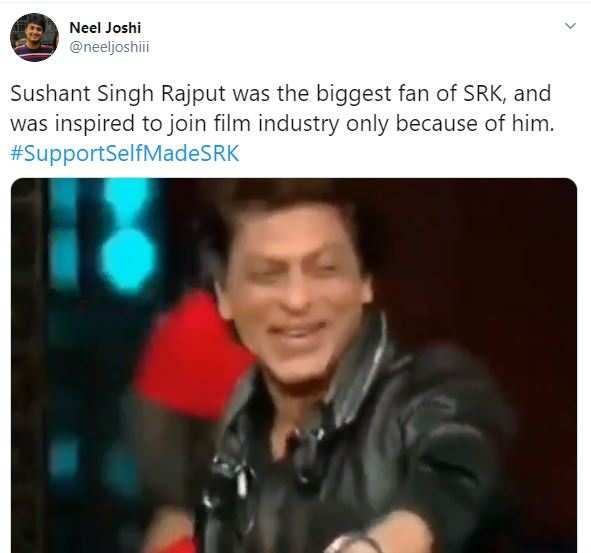 On the work front, Shah Rukh Khan is going to appear next in an immigration social drama by RajKumar Hirani, shooting to begin by October 2020.