Shahid Kapoor is quite active on social media and loves to keep fans updated about his day-to-day life. Now, he took to Instagram to share a super cool mirror selfie while flaunting his chiselled muscles. In the photo, the actor can be seen wearing a black and blue checkered shirt with his top buttons open. His long hair and stubble will make you fall in love with him all over again. 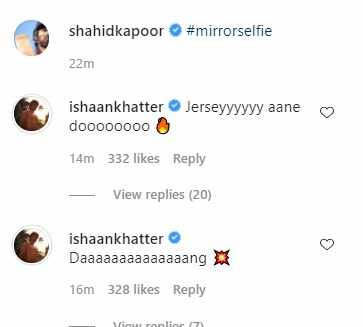 Meanwhile, the actor recently wrapped up the Uttarakhand schedule of his upcoming film ‘Jersey’. Also, reportedly, he has come forward to take a pay cut to keep the film commercially viable.

Helmed by Gowtam Tinnanuri, ‘Jersey’ will also feature Pankaj Kapoor and Mrunal Thakur in pivotal roles. Shahid will be playing the character of a cricketer in the film.