Bollywood actress Sonakshi Sinha quit Twitter on Saturday in order to “stay away from negativity”. Also quitting the microblogging site on the same day was actor Saqib Saleem. He cited bullying, hatred and lack of kindness as reasons.

“The first step to protecting your sanity is to stay away from negativity. And nowhere more of that than Twitter these days. Chalo I’m off– deactivating my account. Bye guys, peace out. Aag lage basti mein… mein apni masti mein! Bye Twitter,” Sonakshi Sinha wrote on Instagram on Saturday evening.

Netizens are speculating the reason for the actress’s decision could have to do with the severe trolling she faced after she shared a post expressing her grief and condolence over the demise of actor Sushant Singh Rajput.

Sonakshi is the daughter of Bollywood veteran Shatrughan Sinha and Sushant’s demise has once again stirred the debate on the alleged practice of nepotism and preferential treatment towards star kids in the industry. Sonakshi, like many other star kids, has been trolled on social media even as the subject is hotly discussed.

Meanwhile, actor Saqib Saleem on Saturday evening, announced: “I am Breaking Up with you Twitter.”

“Hey Twitter, when we met for the first time, you were a lovely. A great platform to express feelings, gather knowledge and understand many different points of view. But, of late you seem to have gotten lost in all the hate everyone is so ready to throw at each other, a place of bullies, a place where abusing people is a normal code of conduct.”

“These last few days have forced me to realise that I don’t need this kind of energy in my life, where I wake up to hatred, where kindness is lost. It has made me realise that I need to surround myself with people, things, content and vibes that reflect who I want to be and how I want to feel; energies are contagious!”

“Thank you to my almost 99k followers for all the love. We will stay connected through other platforms, but for now, Twitter and I are done. In a world where you can be anything, be kind,” shared Saqib Saleem in a statement issued on Twitter. 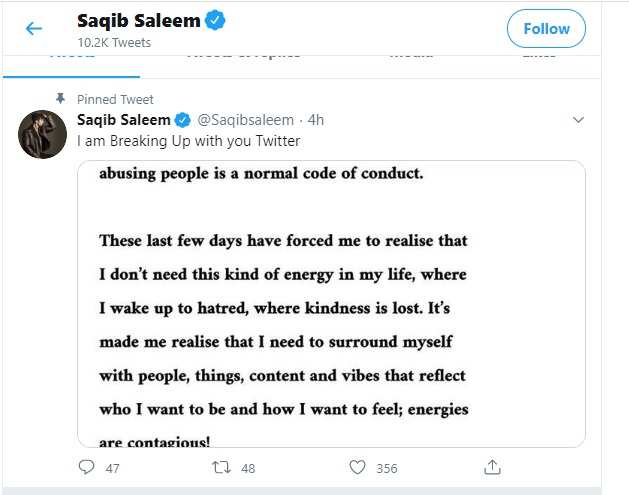 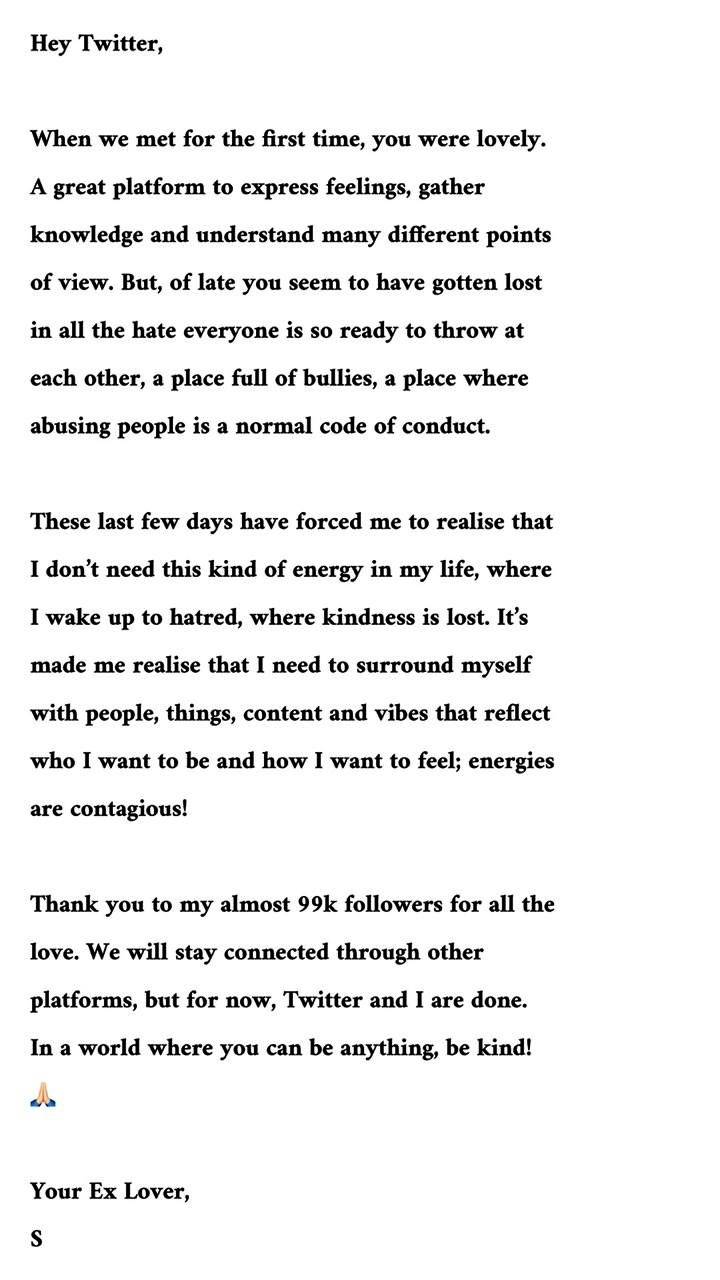 Just a couple of days ago, Saqib had tweeted: “Stop being A****les to each other online and in real life. Be kind.” 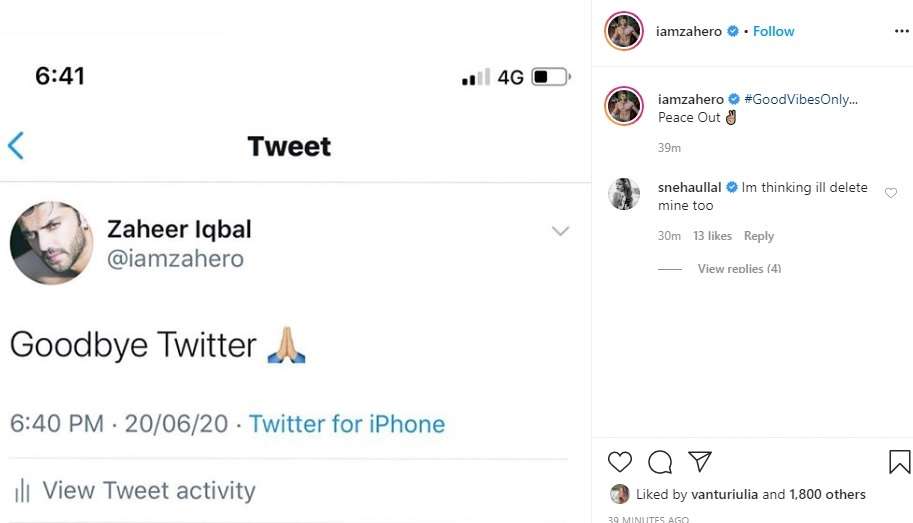 Also, actor Aayush Sharma who debuted with Warina Hussain with ‘Loveyatri’ has deleted his Twitter account. The actor who is Salman Khan’s brother-in-law, was launched by the superstar under his home banner. 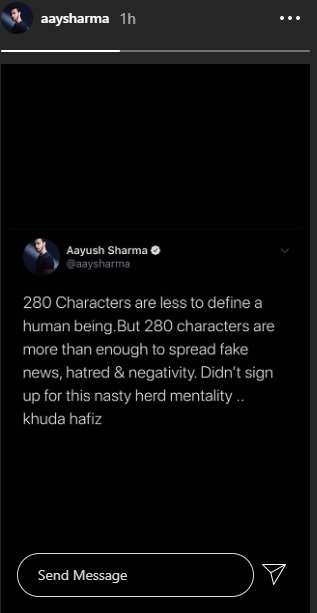 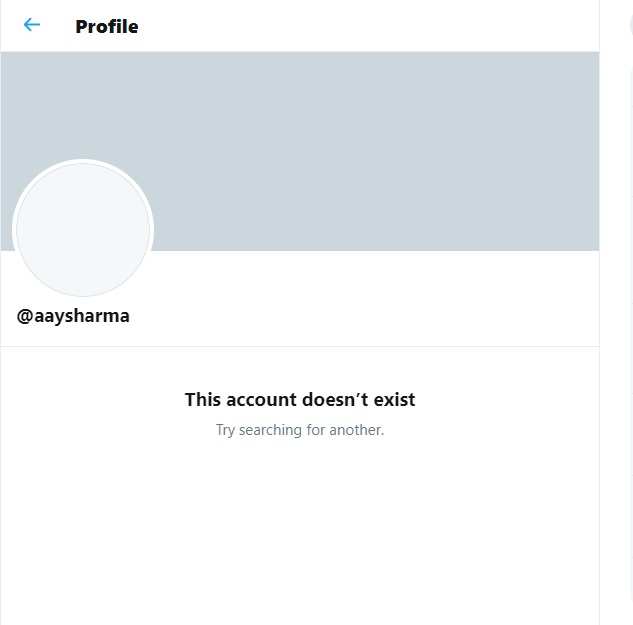