Rhea Chakraborty was snapped leaving the Bandra police station late on Monday night, after recording her statement, with regards to the complaint she has filed against Sushant Singh Rajput’s sister Priyanka Singh. She had requested that an FIR be filed against Priyanka and others, under offences of forgery and providing a bogus medical prescription to Sushant Singh Rajput. 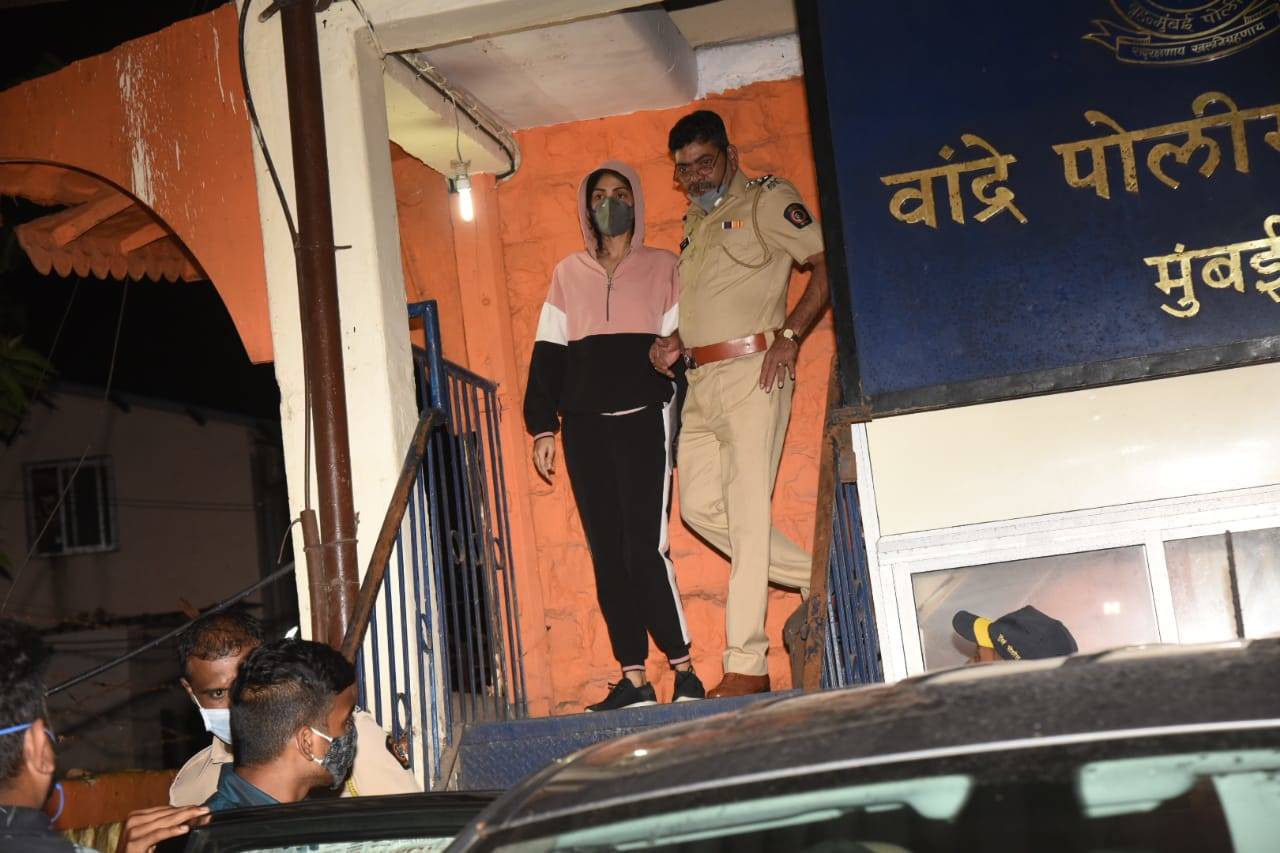 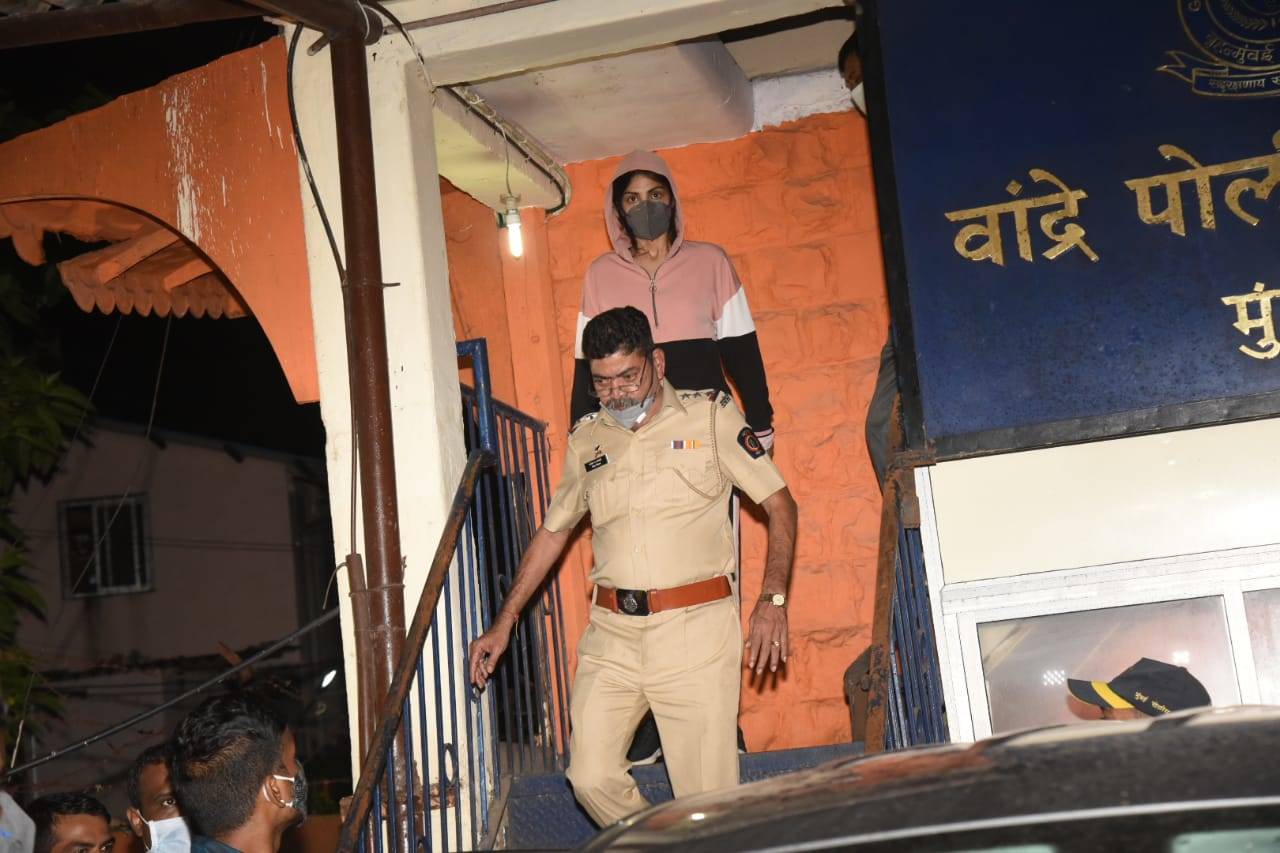 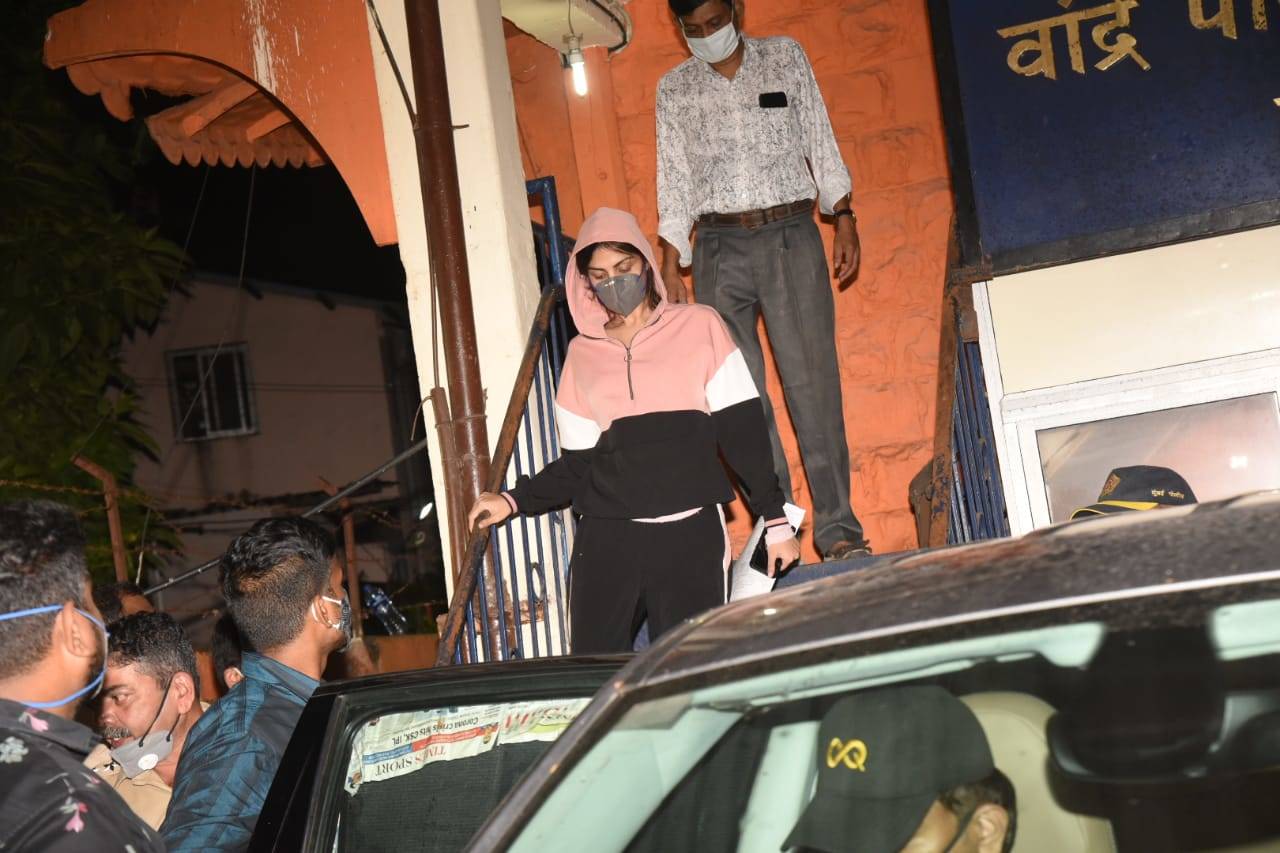 “Rhea Chakraborty has filed a Police Complaint before the Mumbai Police against Priyanka Singh , Dr Tarun Kumar of Ram Manohar Lohia Hospital and Others for offences of Forgery , NDPS Act and Tele Medicine Practice Guidelines 2020 for having sent a bogus Medical Prescription depicting SSR as an Out Patient Department person when he was in Mumbai on 8th June 2020 prescribing Schedule Drugs which are listed in Schedule of NDPS Act listed at items 36 and 37 as Psychotropic Substances and Tele Medicines Practice Guidelines 3.7.4 dealing with Prohibited List, which prohibits prescribing of any Narcotic or Psychotropic Substance listed in the NDPS Act. It is a misconduct under 3.7.1.4 of the Tele Medicine Practice Guidelines,” Rhea’s lawyer, Satish Manshinde had shared earlier.

In response to Rhea’s complaint, Sushant Singh Rajput’s family lawyer Vikas Singh had told ANI, “I’ve been given a complaint filed by Rhea Chakraborty in Bandra Police station. It’s effort to keep jurisdiction of Mumbai Police in this matter when SC said complaints with regard to death of Sushant Singh Rajput will be investigated by CBI. So this is clear attempt to somehow keep the Mumbai Police alive in this matter so that they can do some mischief and ensure that the family of Sushant does not get justice in this matter.”