The Dark Side Of Life: Mumbai City Music Review

One look at the title The Dark Side of Life – Mumbai City and it seems more apt for a book than a feature film. Nonetheless, that is indeed the case for this film which has a mix of newcomers and experienced actors with Mahesh Bhatt being seen in a crucial part as well. While Azeem Shirazi is the biggest contributor as the lyricist, several composers come together to create half a dozen songs in the film. 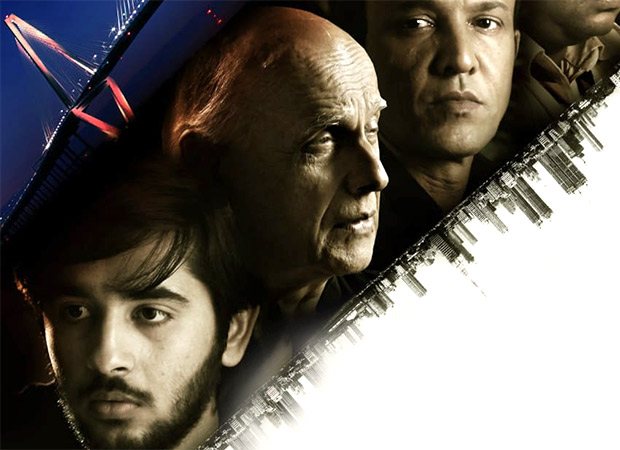 The kind of sound that kick-starts ‘Aawargi’ reminds one of the kind of music that Vikram Bhatt time and again brings in his films. Jubin Nautiyal is effective as the singer in this Sabir Khan composition which is put together by Azeem Shirazi. The trouble though is that the song sounds dated by at least a decade. Hence, even though it has a soft feel to it, the overall impact is not the kind that makes you revisit it again on loop.

The song that follows next is titled ‘Tu Mujhse Nikalta Nahi’ and has the kind of hook-line which is indeed catchy. In a bigger film with a larger setup, this Prakash Prabhakar composed and heard song may well have found good traction. Again, the song is not exceptional but still has that quintessential Bhatt touch to it which makes it stand out. Moreover, Tanveer Gazi puts together a good spin of words, especially the title.

Remember ‘Manali Trance’ from The Shaukeens? The song which follows, ‘Saanp Seedhi Wala Saanp’, is on the same lines and belongs to the trance genre. As a matter of fact Tripty Sinha sings this one too in the same style as that of Neha Kakkar and does manage to make an impact too. It is a new team of composer Sandeep Batraa and lyricists Azeem Shirazi and Ozil Dalal who pair up for this promotional song which is expected to bring in good entertainment quotient.

However, a little impact that had been created so far is diluted to a major extent by Rashid Khan composed ‘Ae Zindagi’ which is as sad as it gets. From the composition, writing (Nisar Akhtar) as well as the singing (Altamash Faridi Brothers) perspective, the song is really depressing and just doesn’t make you root for it all. A slow moving number that is all about pathos, separation and the fact that life doesn’t have much to offer to the protagonists, this one belongs to the quick-skip variety.

Another newcomer, Shaan Asif Raj, is the composer for ‘Muddaton’ which starts with the sound of guitar. Seemingly a concert number, this Azeem Shirazi written song is rendered by Amit Mishra. A soft rock number, ‘Muddaton’ tries to bring in the kind of mood that was created by ‘Sun Raha Hai’ [Aashiqui 2]. Though it does fall short, it still makes for a decent hear after all. Had it carried more punch to it, this one could well have found itself a better audience.

‘Aawargi Deewangi’ is the song that concludes the album and its depressing notes do not really help the cause. On the same lines as ‘Ae Zindagi’, this one is written by Aslam Sani with music by Ahsan Ahmed. There is just nothing in there which arrests your attention and even though Mohammed Irfan is the singer here, you don’t really find much entertainment quotient in there.

The music of The Dark Side of Life – Mumbai City is a mixed bag and though there is no real chartbuster out there, two-three songs at least hold your attention while at play.