The news of the sudden and sad demise of Bollywood’s veteran actor Rishi Kapoor rocked the entire nation on April 30. While we are still reeling under the loss of the ace actor, we got our hands on a super adorable picture of Rishi and Neetu Kapoor and you just cannot get over it.
In this picture, Rishi and Neetu are seen using a picture filter while they are posing for a lovely selfie together.

Check out the picture here: 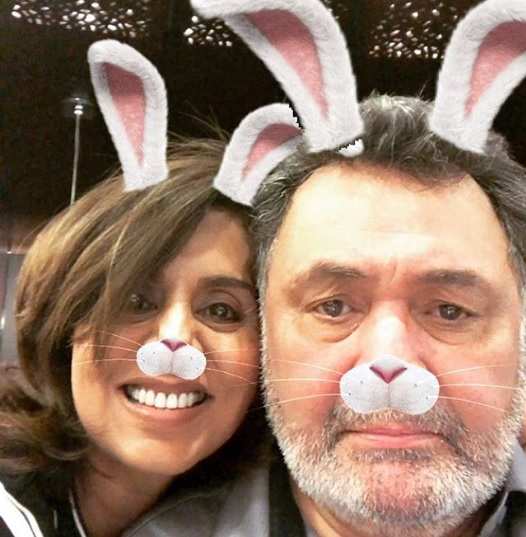 While Neetu is seen looking stunning as ever as she flashes her million-dollar smile, Rishi is seen flaunting is salt-and-pepper look for the camera.

Rishi Kapoor passed away after his two-year-long battle with leukemia. The actor received his medical treatment in New York for about two years before he returned back to India recently. However, the actor succumbed to his illness at a Mumbai hospital on April 30.

The news of his sad demise spread like wild fire and the entire nation mourned the loss of the ace actor. The actor is survived by his wife Neetu, son Ranbir and daughter Riddhima.

After his cremation on the same day, a prayer meet was organized today which was hosted by Ranbir and Neetu at their house. Riddhima too recently came down from Dekhi amid lockdown to be there for her family during these testing times along with her daughter Samara.