After Sunny Deol’s delayed releases Mohalla Assi and Bhaiyaji Superhit, it is now time for Sunny Leone’s long pending Tina & Lolo to finally see the light of the day. Announced five years back, the film was originally supposed to feature Minissha Lamba with Sunny Leone. However, Karishma Tanna came in place of Minissha, though the film continued to get delayed. Now that it is gearing up for arrival, one waits to see how does the film’s music turn out to be. 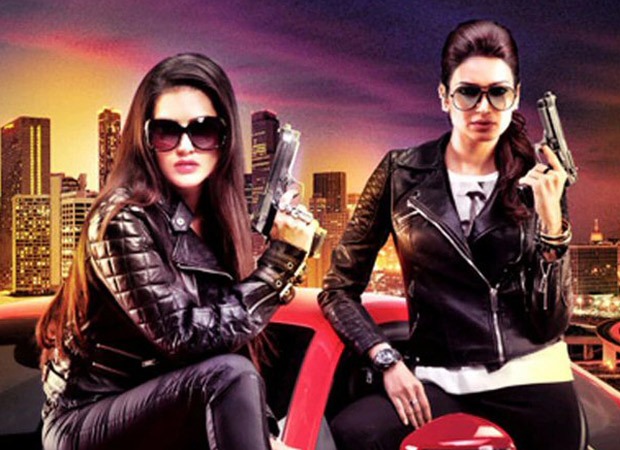 Enbee and Ikka (who is also the lyricist) come together as composers and singers for ‘Dirty Girl’. A fun-n-naughty number that is just in the kind of territory that one expects from a Sunny Leone dance number, this one with Shivangi Bhayana as the female singer has the kind of hook-line which is catchy but that’s about it. Otherwise whether it is the beginning or the end of the intermittent rap portion, there isn’t much striking about ‘Dirty Girl’.

On the same lines as ‘Aaj Blue Hai Paani Paani‘ [Yaariyaan], ‘Tension Waali Raat’ does fetch your attention. An Arko written and composed song, this one has Neha Kakkar in her element as she goes about singing this one in her own naughty ‘andaaz’. Though the choreography and picturisation of the song with Farhad Bhiwandiwala as the other vocalist leaves much to be desired, as a standalone number it does make you play it again. Had the number been released at the time when Sunny Leone was in her prime, this one could well have covered a distance.

Last to arrive is the song of seduction, ‘Raat Ke Saaye Tale‘, which is rendered by Aakanksha Sharma. A lazy number that has standard lyrics by Rohit Sharma, it also has ordinary music by Raghav Sachar that hardly leaves much of an impression. This one may just about make heads turn if supported by the kind of picturisation that the genre, stage and setting desires. Otherwise as just a musical piece it makes for a one time hear and that’s about it