The lockdown gave Bollywood celebrities a chance to either develop or indulge in a new hobby. And while some opted for cooking, some moved on towards singing, some tried their hand in yoga. Junior Dhawan, aka Varun Dhawan falls in the latter category.

Varun is one of the B-town stars whose love for fitness hasn’t been hidden secret. Also, he loved posting his gym selfies online, but Yoga is something new that he added in his to-do list. The actor is taking Yoga very seriously and thus stretches before and after his session, which is very important. Even recently he took to his social media handle to post a picture of him stretching before his session, wherein his pigeon stretch on the table or glute stretch is simply too perfect to miss.

Check out his picture here: 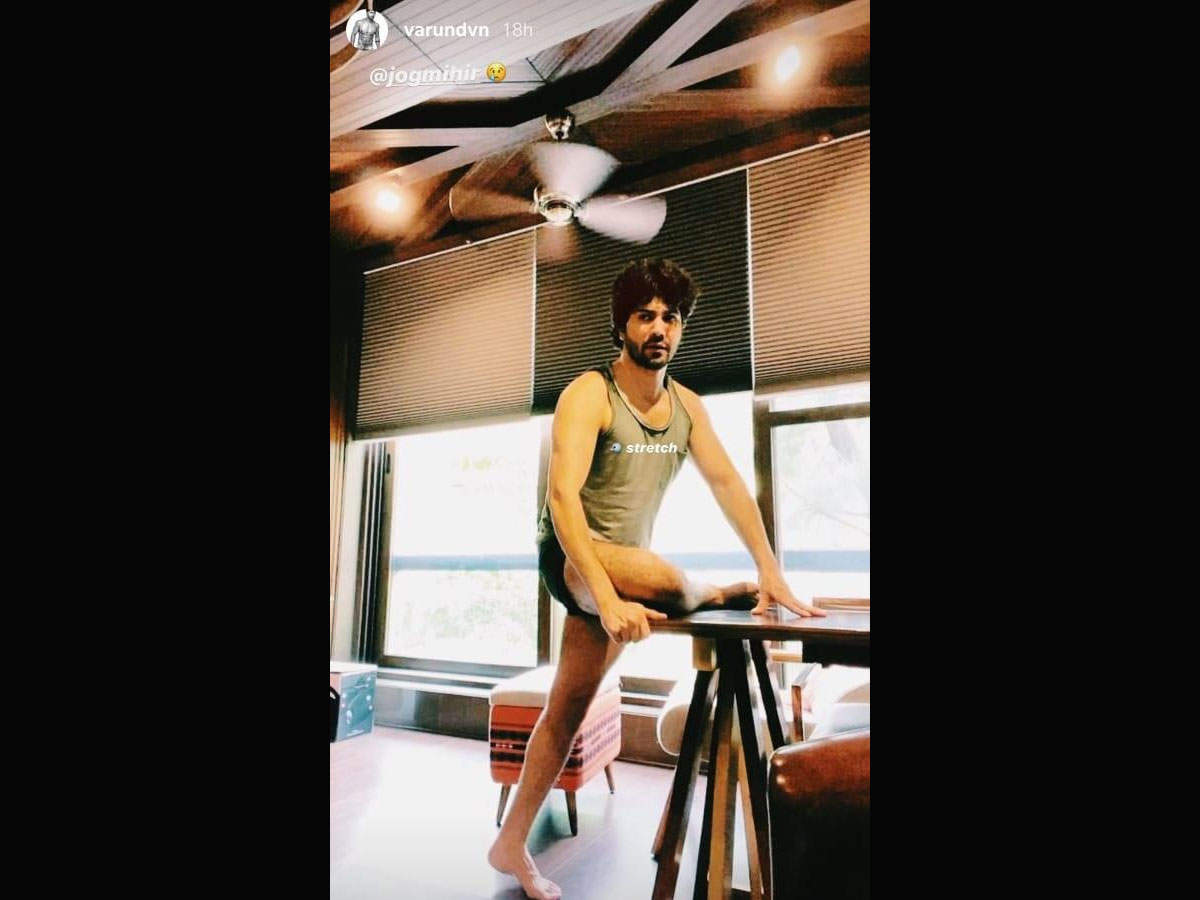 Meanwhile, on the work front, Varun’s next project is ‘Coolie No 1’ with Sara Ali Khan. It was originally slated to release on May 1, 2020, but the pandemic led to a delay. Though reports say that the release of the movie has been postponed to January 1, 2021, officially nothing has been announced.