Salman Khan, who aimed to release his film ‘Radhe: Your Most Wanted Bhai’ on Eid to continue with his tradition of entertaining his fans on the auspicious occasion, wasn’t able to release the film due to the coronavirus outbreak which has lead to theatres all across the globe being shut.

But that didn’t let Bhaijaan’s down as he came up with a song titled ‘Bhai Bhai’ which has been crooned and penned by Salman himself. Danish Sabri also pitched in to help the superstar with the lyrics of the song while the music was composed by Sajid-Wajid. The song which has been receiving an enormous response from the audience seems to have found a new fan in Varun Dhawan.

The talented actor, who had stepped into Salman’s shoes in ‘Judwaa 2’ was all praise for the iconic star as he shared the song on social media and wrote, “Love it bhai”. Check out Varun’s post here: 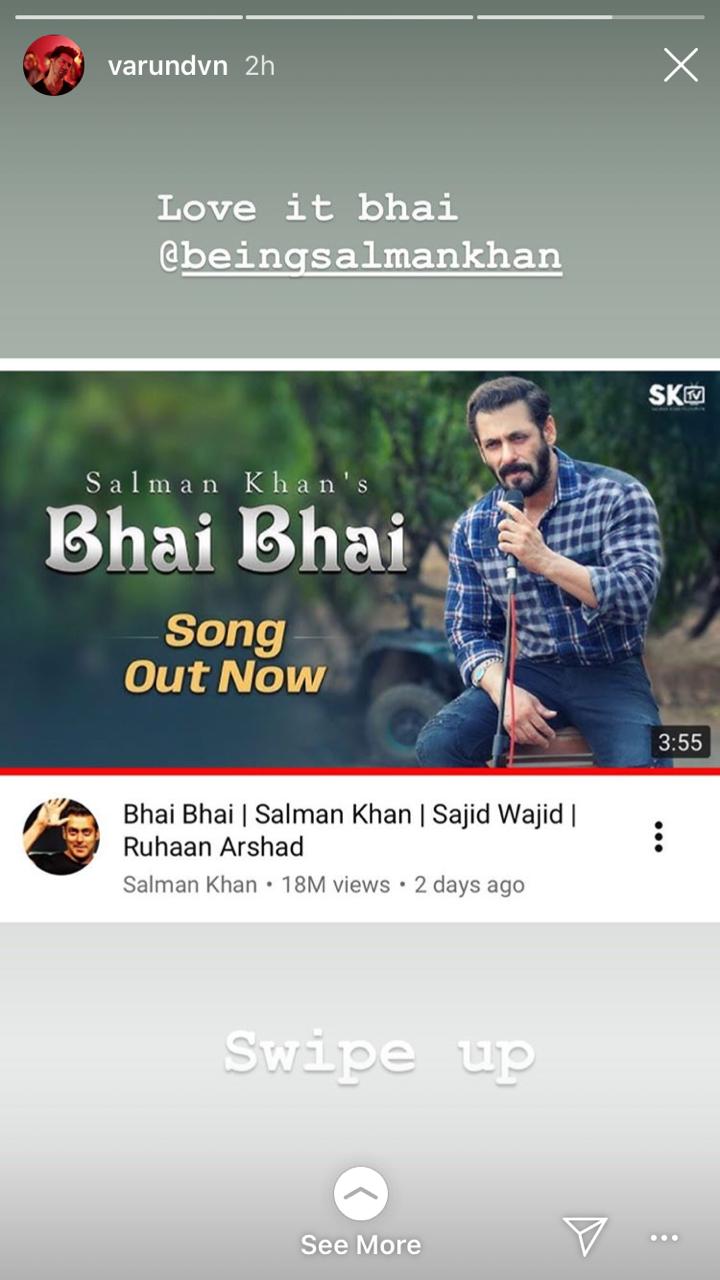 Varun’s film ‘Coolie No. 1’ which also stars Sara Ali Khan too has been postponed due to the global pandemic. Meanwhile, Salman had recently taken to social media to thank all for the amazing response. He wrote, “Thank u for the response on bhai bhai , please make the younger generation hear this song again n again , your younger siblings, your kids etc .thank u 1s again ,may God be vit u n protect u .#BhaiBhai”

This is Salman’s third song after ‘Pyaar Karona’ and ‘Tere Bina’ which he has released amid the lockdown. He might be at his Panvel farmhouse but looks like the Bhaijaan of Bollywood is never short on ideas to keep his fans on their toes.